Home > Online shopping > Is Now the Time of Online Shopping? 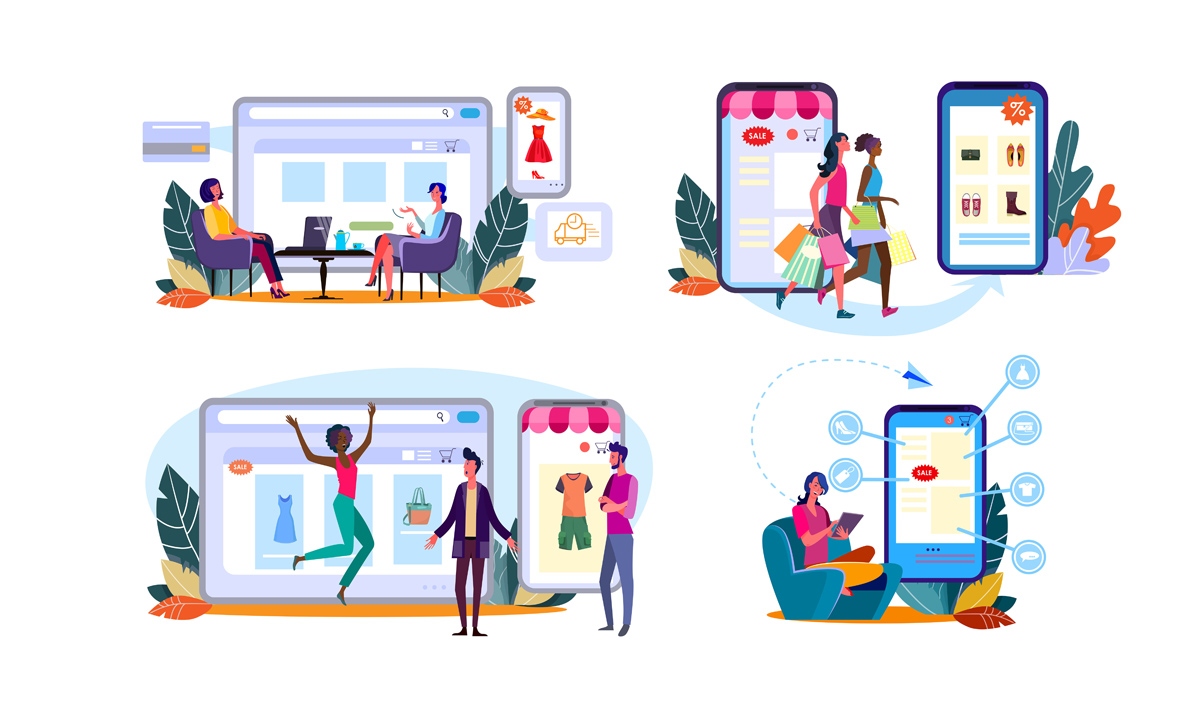 Since the beginning of lockdown measures, online shopping has jumped, with customers hesitant to venture into stores. For March of this year, U.S. sales for online grocery shopping stood at $4 billion, just as lockdown began in the country. By June, the monthly figure stood at $7.2 billion, an increase of 9%, as over 45 million households used delivery and pick up services. A major change in consumer spending has happened and for many in the e-commerce grocery sector, they have reaped massive rewards.

Add to this now Uber’s foray into the online grocery scene with it’s new app based grocery service. Launched in Toronto and Montreal, as well as an array of South American cities, including Rio de Janeiro, Sao Paulo and Bogota, it partners with Walmart and Metro Inc in Canada and is expected to start in the U.S. in the next month. With many consumers stuck at home or far more reluctant to venture out, it has become the prime time to advance into e-commerce for many grocery chains.

So does this mean that online grocery shopping is finally moving into a more prominent light? Or is this just a momentary side effect of the pandemic? Will this rise in online shoppers continue?

For some companies, the switch to internet shopping has caused a re-think in how they approach their customers. Tim Steiner, the chief executive of Ocado, has said that the company is wholly committed to online alone, as the pandemic and lockdown has led to a “permanent redrawing of the landscape of the grocery industry worldwide”. The company, as mentioned earlier, has seen its market share grow to 1.7% and has seen its first half sales reach £1 billion (roughly $1.25 billion) for the first half of 2020.

Whilst sales figures and statistics are all good and well, what really counts is longevity. In other words, if the consumers will stay buying online, or will simply depart once the pandemic has ended, returning to stores. It is keeping these customers using the online service that is important. And research by McKinsey points towards this change being permanent. The survey, examining US consumer sentiment during the pandemic, found 75% of consumers had tried new shopping behaviour and the majority intended to continue after Covid-19. 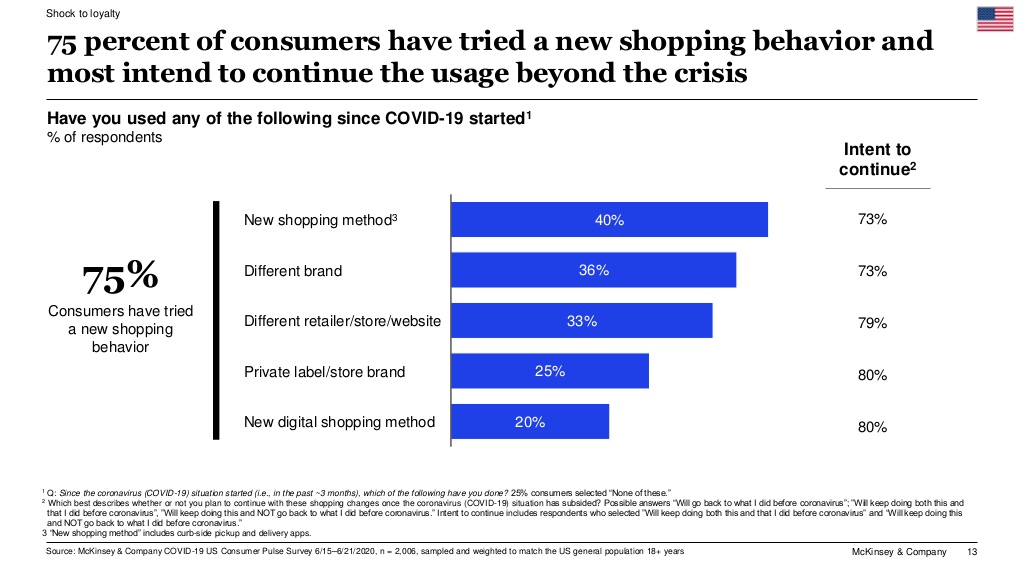 This shift in momentum is crucial in the future of online grocery shopping. Trying to get customers to embrace e-commerce over visiting stores is the major battle that online retailers have to win. Before many brands would often try to emphasise the need for visiting stores when it came to purchasing, often staying away from e-commerce because of this. However, it would appear that this stance is no longer viable. At CommerceLive a virtual conference for E-commerce, Laura Hyland, VP of e-commerce for Henkel, put it that “The days of pushing people into stores is over”.

However, it is not all a forecast of clear weather and sunshine for online grocery shopping. Whilst this large boom it is currently enjoying is helping propel the market upwards, most experts do not expect it to continue, with most expecting that the chare of sales will reduce form its current 25% penetration as the pandemic eases.

And no matter the growth experienced, it would take a far larger sway to suddenly threatened brick-and-mortar grocery stores. Despite many stores having extremely reduced footfall, the loss in revenue, as well as the many other set backs due to the pandemic, it is important to note that online sales still only hold 7% of the market in the US  and the UK. And despite the fall in sales in stores, some companies are still looking to expand, such as German store chain Lidl, which has announced it is looking to open a store every week until Christmas in the UK.

Despite traditional brick-and-mortar store dominance in the grocery market, it is clear there has been a major shift due to Covid-19 and it indicates that this shift may have a permanent effect on the market. Whilst its growth may slow and stabilize at a lower rate once the pandemic has subsided, it would appear that e-commerce grocery shopping now has a far more prominent role in day to day life then before.